Funo is an iPad application that is developed for the course Interactive Media Products of the University of Applied Sciences Utrecht. Remko van der Lugt, a lecturer of the University of Applied Sciences Utrecht, is the initiator of the concept 'photoboarding'. Photoboarding is a brainstorming technique whereby the participants create a storyboard of pictures with a given setting and edit the pictures to e.g. make the solution for a problem clear.

Within this project I was responsible for the development of the concept, the overall user experience and the interface design.

In the original version of photoboarding, pictures are taken, printed and then modified with pencils, scissors, etc. Printing the pictures was the most problematic part of the process; there were often issues with printing the pictures. The pictures had to be transferred from the camera to the laptop and then the laptop would have to be connected to a printer within the university. This process took way too much time and therefore photoboarding wasn't used very often.

We analysed 'original' photoboarding sessions and defined they pain points in the user journey. After a couple of brainstorm sessions we came up with a new version of the photoboarding concept. We tested these concepts with paper prototypes and later on in the process did an thorough usability test with 4 groups of people. 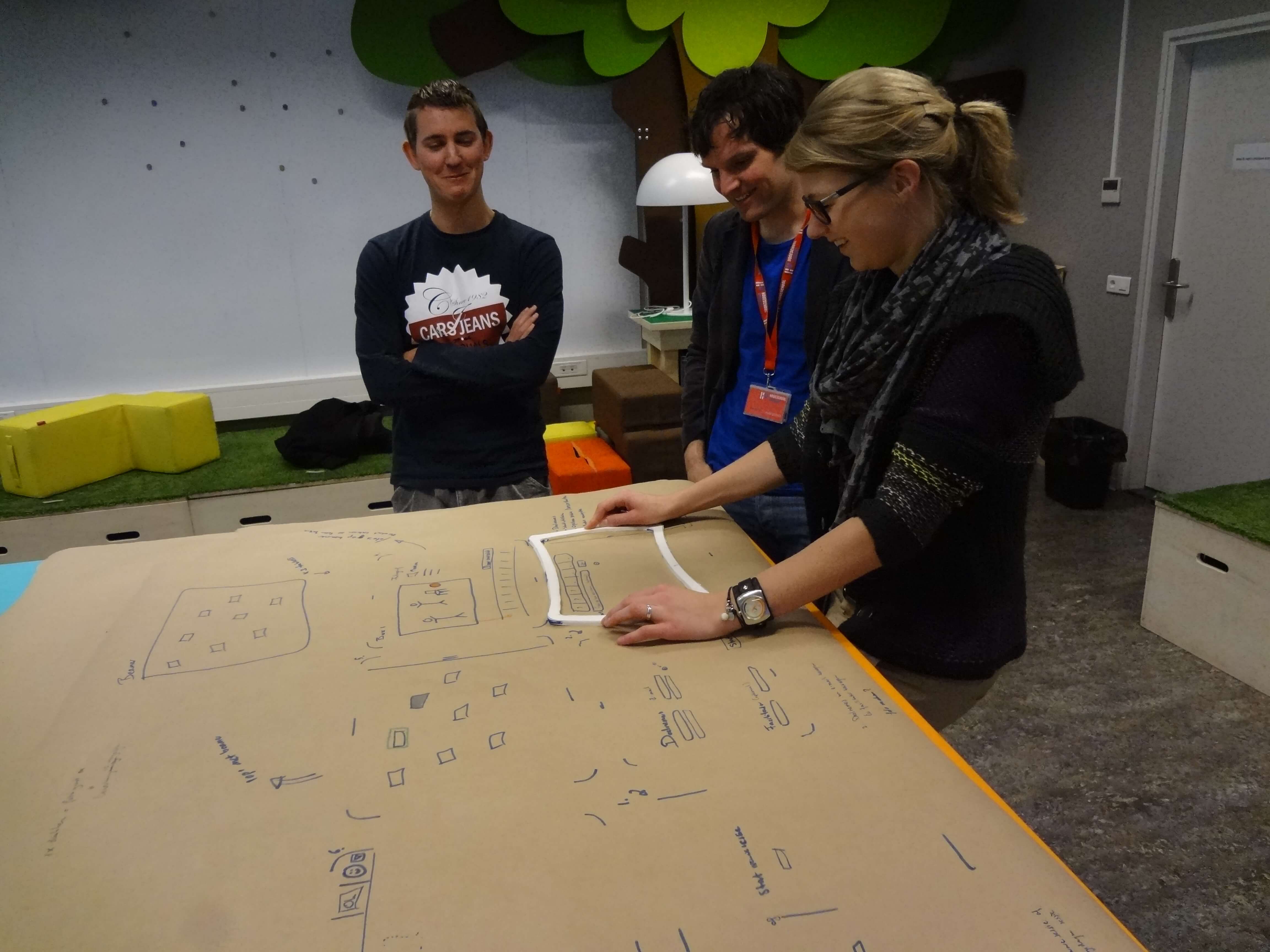 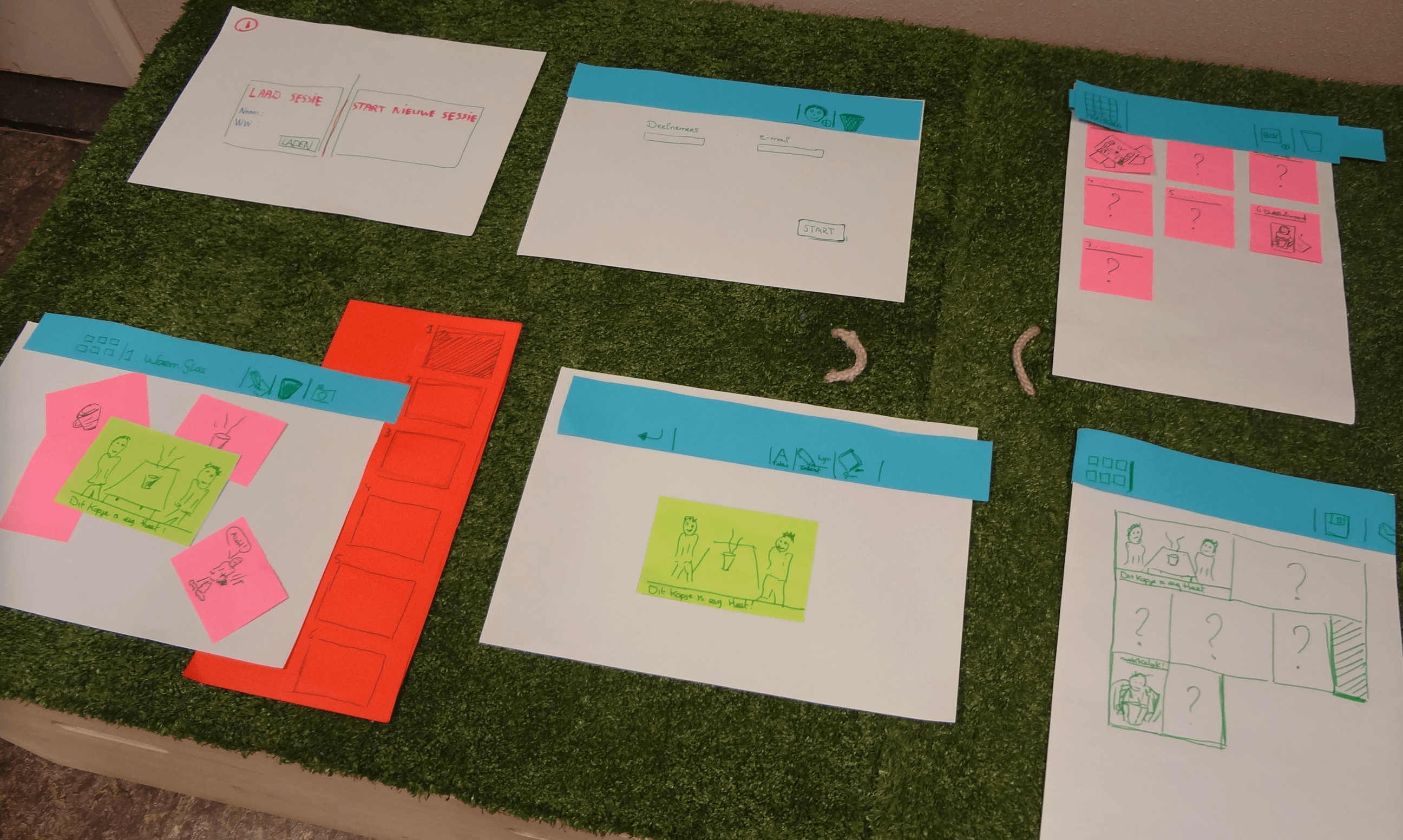 Users could download the Funo photoboarding iPad application. With the app they can connect to the server. By using the iPads (max. 6) and a beamer to project the result, the users can create their digital storyboard together.

After connecting the iPads, the empty storyboard shows up on the wall and on the iPad screens. When one user clicks on a frame in the storyboard, another screen will show up on his or her iPad. In this part of the application photos can be taken, arranged, modified, highlighted or downlighted and selected to be the final image for that single frame of the storyboard. To force the group to collaborate, all the taken pictures within a frame are only shown on the wall when all the iPads are in the same frame. To make the discussion about the photo for a frame more visual, photos can be marked as favourite. By taking pictures, editing them and arranging the pictures for the frames, the storyboard can be completed. Once the storyboard is finished, the final result can be sent to the participants of the session.

The most important characteristic of this concept is that is doesn't bother the participants with a standard pattern or standardardized workflow. Every group of participants was able to use the application in the way that suits their workflow the best. 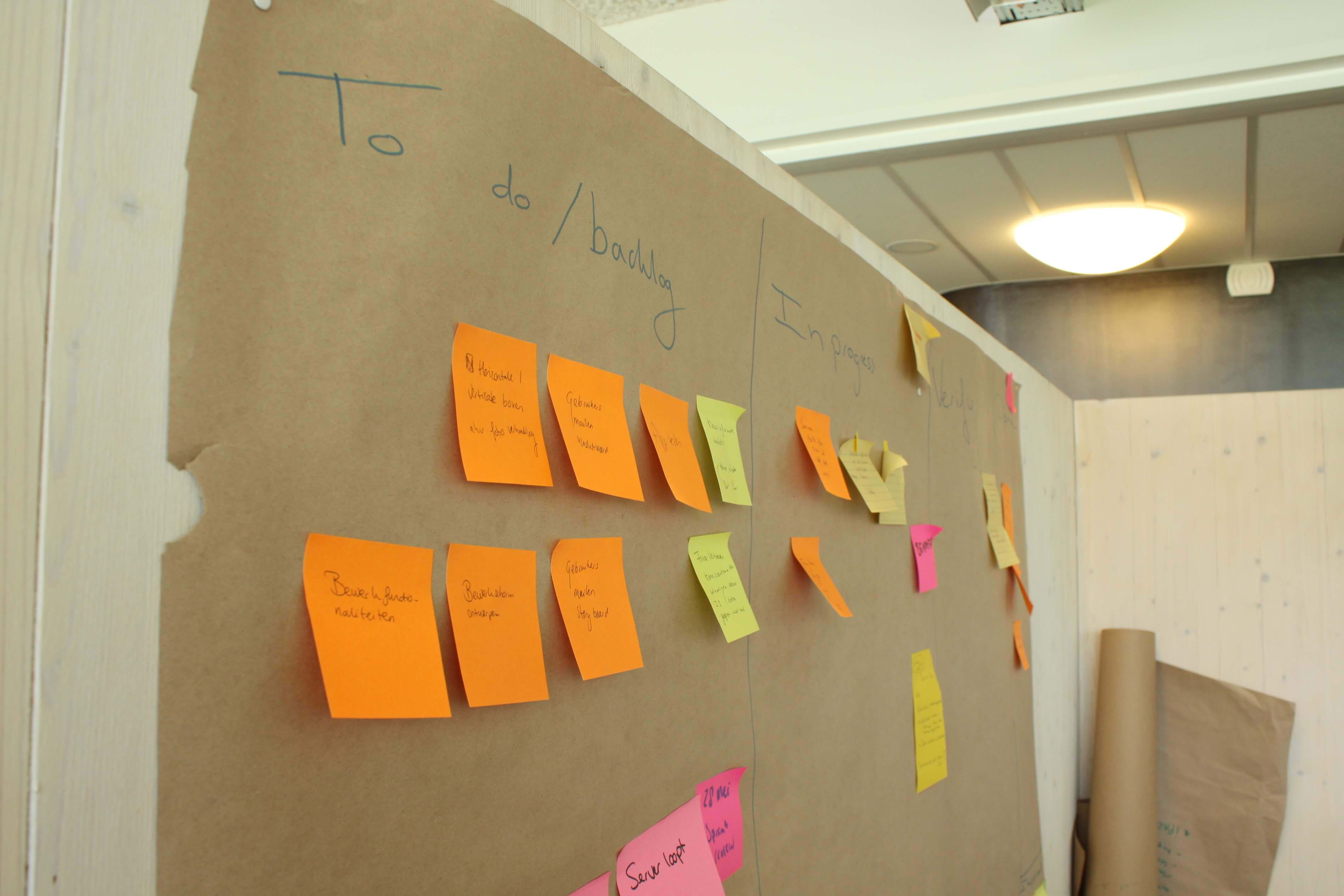 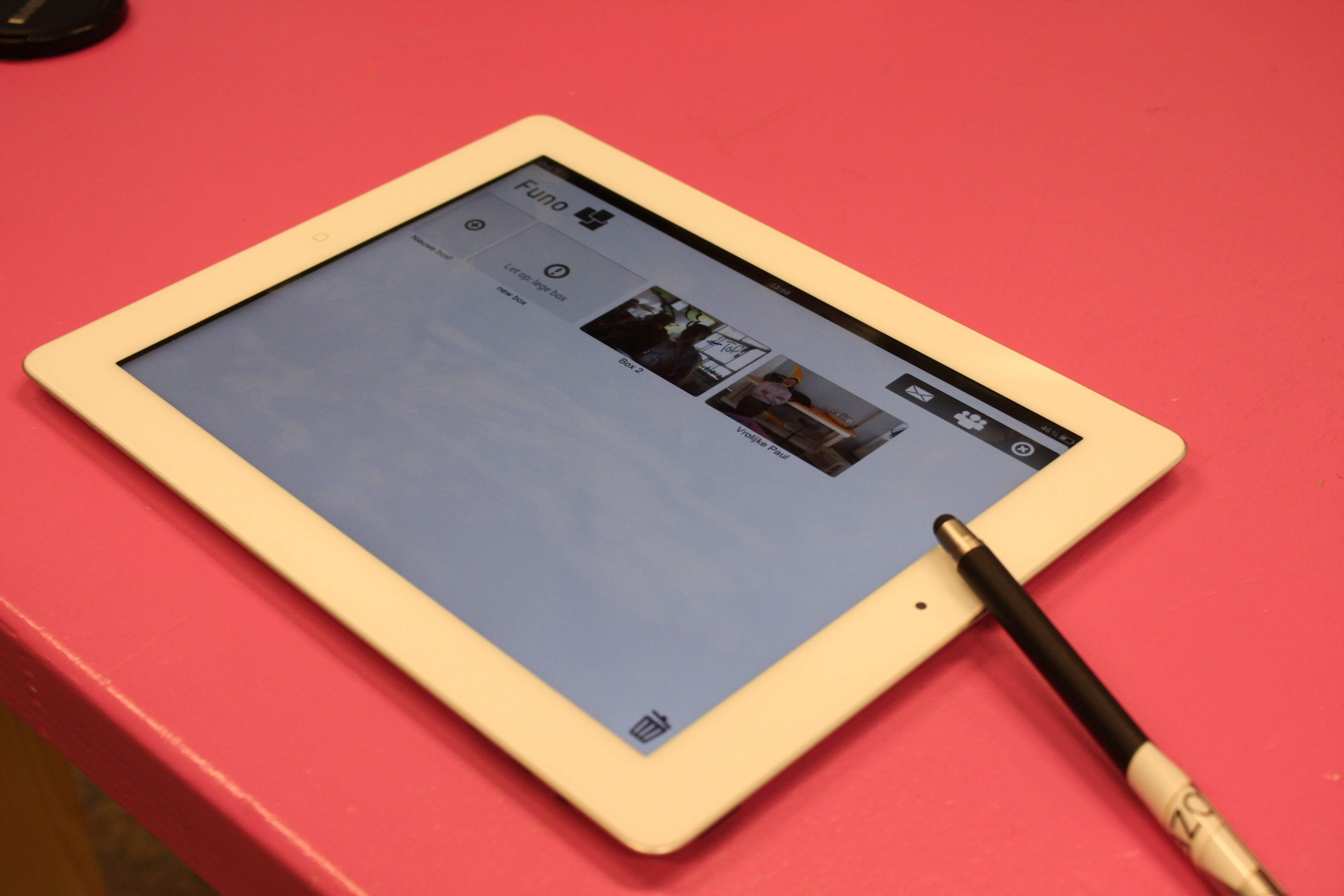 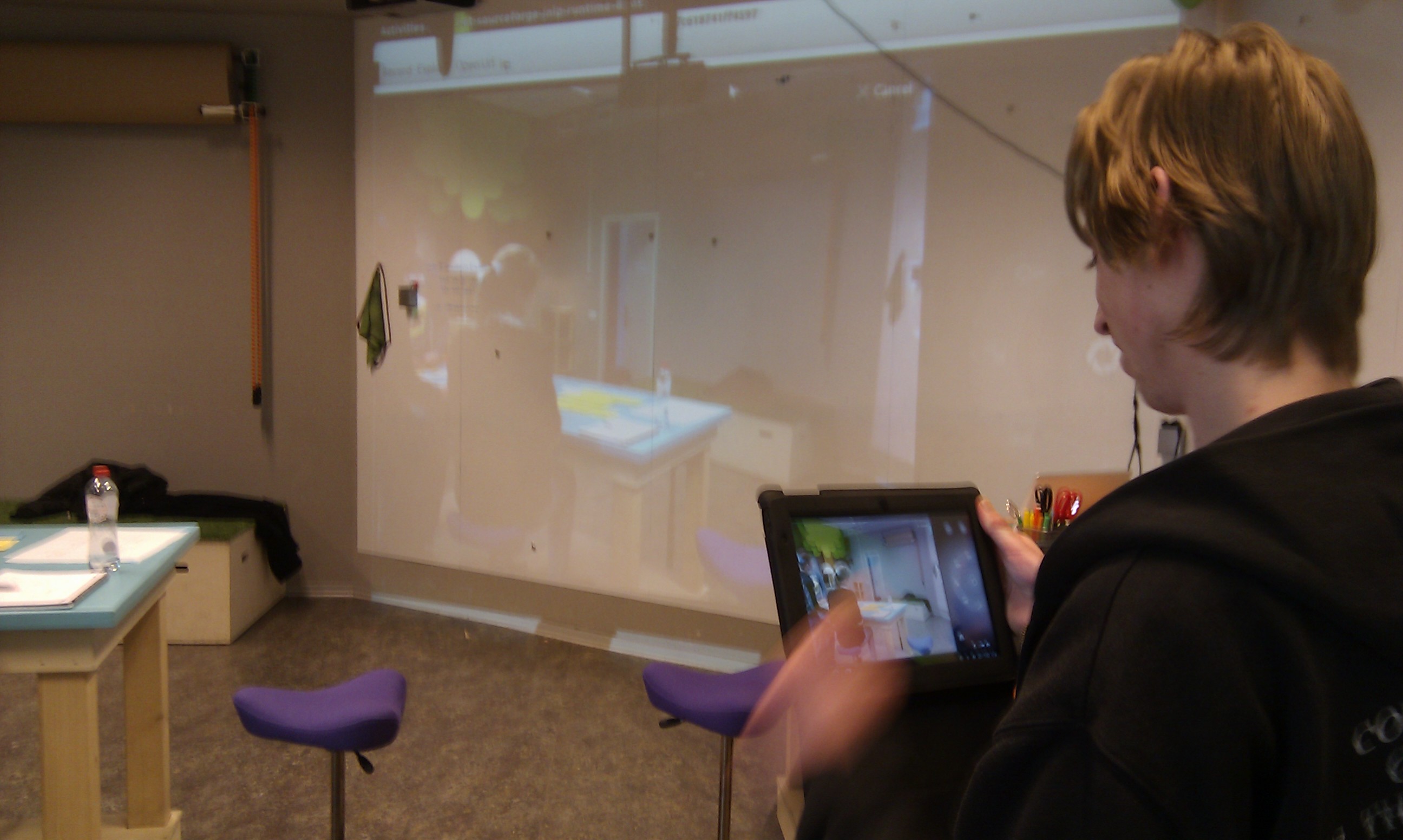